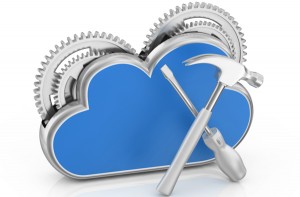 Just in case you haven’t heard of it, the easiest way to be $30k richer is to find  developers, a darn good one at that, good enough to work in Hubspot.

Last week, Hubspot announced that it is giving away $30,000 to anyone who can refer to a great developer to the company. If Hubspot ends up hiring the developer you refers, they’ll send $30k your way, no questions asked.

That doesn’t seem to be hard especially because they have more than one opening. Their Cambridge and Dublin offices are in dire need of several rock star developers.

However, wait until you step back and think about it. If it is that easy to find a good developer worthy to be employed in one of the biggest blogging sites in the world, why would they offer a $30,000 bounty for someone’s head?

This move reflects the intricacies of the cloud’s ecosystem. A lot of power and influence do rest on developers. It is the skill of these rockstar geeks that drive technology and innovation and it is their skill that keep on the cloud going.

This could, of course, bring forward the many questions on just how much support developers and would-be developers get especially in the US. Even in some third world countries such as India, the awareness on the value of developers, programmers and other technical workers, for that matter, is high. School fees are all paid for and additional support are provided to all students taking technical courses. To date, the most prestigious technical school in the US, MIT, is a private one with approximately $50,000 per semester.

Then, there is the question of how much awareness campaign is the government pouring into encouraging students to get into technical courses. Just last year, South Korea had more students pursuing technical degrees than the US.

The issue doesn’t end there, there is the question of quality of education. If a company like Hubspot with money to spend can’t find the right developer by sheer traditional approach, you have to bring up the question on whether or not the country is producing the right graduates.

Just last week, David Karp, a high school drop out sold Tumblr to Yahoo for $1.1 Billion while maintaining control over its strategic and tactical direction. Karp is just one of the hundreds of developers who managed to cash out big time in their new technologies. Deals like this and the bold move of Hubspot should send a clear message to students and the government.

How Social Sciences Benefit from Big Data and Cloud Computing

A Sneak Preview of Cloud Computing in 2020