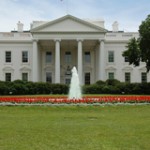 U.S. President Obama’s proposed 2012 Federal budget included proposals to improve the inefficiencies in government data centers. The Obama administration asserted that cloud computing and data center consolidation will play a significant role in lowering IT costs. The administration plans to reduce the number of data centers by 40 percent by 2015 and move to a “cloud first” policy of adopting light technologies and shared solutions.
In this proposed budget, planned spending on IT is expected to reach $79.5 billion, up 2 percent from 2010 enacted levels of $78.0 billion.

The administration said it is able to keep IT spending nearly at a constant for a while thanks to savings of more than $3 billion from IT consolidation and a planned migration to cloud computing approach.

In addition, the Obama administration also released its Federal Cloud Computing Strategy, which is designed to guide agencies in moving systems to a cloud computing environment. It includes a mandatory evaluation of cloud options before making any investments. According to the report the federal government’s current IT environment is plagued with inefficiencies characterized by low asset utilization, a fragmented demand for resources, duplicative systems, unmanageable environments and long procurement lead times.

The report states: “Cloud computing has the potential to play a major part in addressing these inefficiencies and improving government service delivery” .