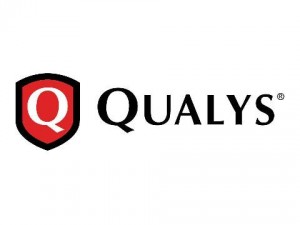 Last week’s highlight at the Black Hat Security Conference in Las Vegas included Qualys security upgrade on its cloud platform. Phillipe Courtot, chief executive was very proud to announce that the cloud-based security has been contributing $65 million dollars of revenues each year.

One of their newest product offering includes QualysGuard consulting edition, whose features will include a more efficient and cost effective company security audit. Courtot said “At first, people didn’t believe cloud security would work,” Courtot said. “Now we have thousands of customers and we’re growing 50 percent a year.”

Another product is their QualysGuard Web Application Scanning 2.0, which will allow web applications to be discovered, cataloged and scanned in large files. This new version is a lot better from the previous one because of its low false positive results. They have also improved its user interface and SaaS (software-as-a-service) cloud platform.  It now has more menus, dashboards and filters to take vital data files, using just a single portal.

Companies can now secure their web applications, which is an important feature for a website, because weak security apps provide malware to access the account. This places end user vulnerability, which only an automated security system like Qualys can protect.

Coutot said “Companies are moving their apps to the cloud and web security is now a major target. The only way to deal with this is automated detection. We can do this seamlessly.”

QualysGuard WAS 2.0 offers their service apps on a monthly subscription that are based on files and web applications scanned. Currently, there are 5,500 companies around 85 countries; among them are 45 organizations in the Fortune 100. Yearly, they perform at least 500 million company standard audits. Qualys was able to close agreements with key companies that include Etisalat, BT, Fujitsu, LAC, IBM, NTT, SecureWorks, Dell, Tata Communications, Symantec and TELUS.

The new version of consulting apps will now allow consultants to setup the vScanners on netbooks, tablet PCs and physical computer sites to perform protocol audits. According to Qualys, error percentage is very low for every one million scan. The new QualysGuard Consultant Edition offers their service on a yearly subscription at $2,495 a year. With this, the company expects to generate $75 million dollars in revenue returns this year. According to Courtot, the company has been doing well in sales for the last three years.

79% of CIOs Are Concerned About Hidden Costs of Cloud Computing