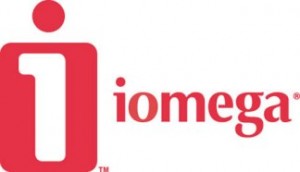 Iomega, a known consumer data storage system was acquired for $213 by EMC; unfortunately, it is not making very good radar records at the moment. So, the solution is to think of new and bright ideas in data storage.

Jonathan Huberman remains to be the CEO of the company and has currently announced its recent plans. In a Forbes interview last week, while he was in the Consumer Electronics Show in Las Vegas he said that the company’s focus in the business at the moment is network-attached storage (NAS) system. They are hoping to serve small business startups and the consumer market with this plan. He said they are still manufacturing the traditional direct-attached storage (DAS) units, but since this arena has been monopolized by giants like Western Digital and Seagate they have decided to concentrate on NAS.

Huberman said, “We have the best software stack. It’s easy to use. For consumers and small businesses, there is a fear factor here. If it isn’t easy to use, it doesn’t get used.”

Riding on the cloud popularity, Iomega has come up with “The Personal Cloud.” This software is to be used in two separate locations where a pair of NAS servers is in place. Then a remote backup system is loaded on the remote data storage and there one has a “Personal Cloud.” In this setup there will be no need for a third party site to provide access in storage of files and content, pictures and videos.

Huberman capitalized on the personal cloud’s advantage over cloud storage and said the personal cloud may present more cost savings for small businesses. He cited an example if a small company contracts with a Swedish surveillance camera provider, Axis Technology, it will entail a monthly service fee. Whereas, the same cost of $1,000 a retailer can already have quality surveillance, plus a remote storage system. The cloud trend is expected to kill the DAS market in the future, but Iomega is hopeful that with the small price difference people will opt on having the personal cloud.

Huberman stated, “Almost everyone who buys technology has multiple computing devices, even people who live alone. So why not have the ability to share their data on in one price?”

Cloud providers, according to Huberman should carefully consider the rule of economics that says no Web server will ever allow an unlimited data storage because this will not generate any revenue. In fact, Amazon alone charges $12 per month for every gig of data, others charge at a lower rate of $5 a month.  This is roughly $100 per month for 1TB of storage. There are also issues that need to be looked into such as security and legal concerns on the use of a third-party cloud data provider.

“They lose money. “How many consumers are willing to do that if I can sell them a TB for $80? “Hackers are going where the money is, the big vaults of data,” Huberman added.

Lastly, Huberman sees the supply chain as a huge problem for hard drive manufacturers, especially with the acquisition and mergers from such companies as Seagate’s Samsung acquisition and Western Digital’s plan to purchase Hitachi. The recent flood problem in Thailand also caused some fluctuations in the driver manufacturing industry.

“The supply chain is very tight. There’s not a lot of redundancy. The supply chain was disrupted for everyone, which created a consumer shortage in the fourth quarter. We are our competitors were all affected,” Huberman said.