CliQr Technologies launches today with a new cloud platform that empowers existing applications to move to the Cloud. CliQr has been emerging from over one and a half years spent refining its revolutionary cloud application management platform and monitoring the success of early production customers.

CloudCenter is a unique and powerful cloud application management platform that enables businesses to quickly and securely deploy, manage and optimize the performance of existing applications on any private, public or hybrid cloud without migration disruption and expense. CloudCenter is composed of two primary components; the CloudCenter Orchestrator environment and CloudCenter Manager. 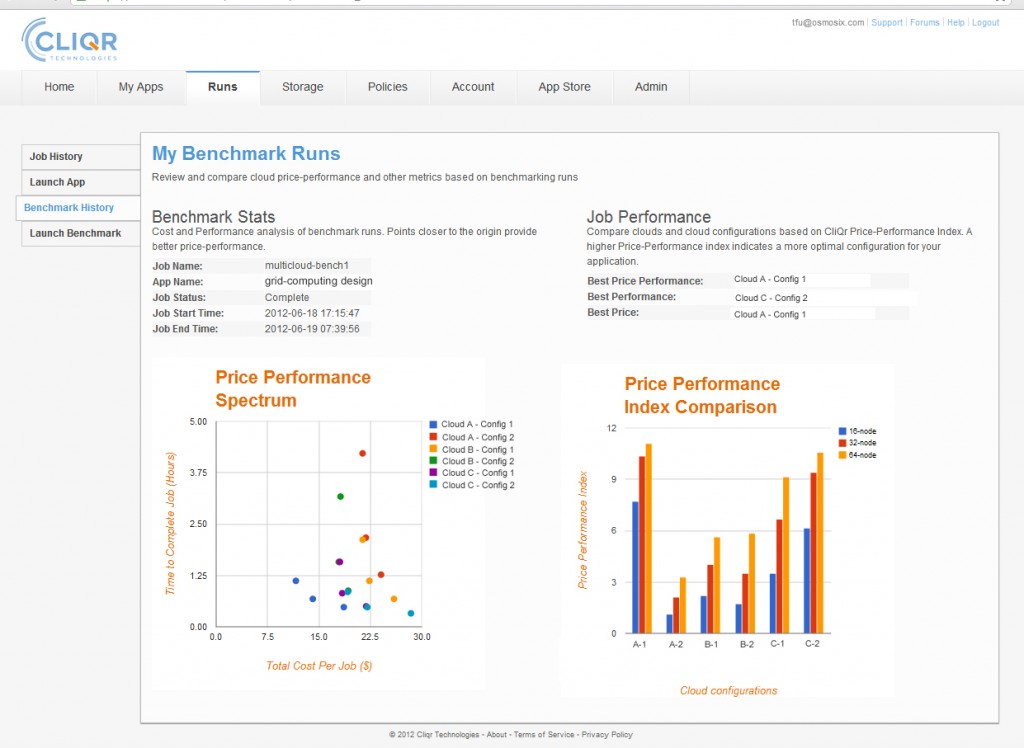 CloudCenter Orchestrator– Any App, Any Cloud

The CloudCenter Manager application suite is an intuitive dashboard that IT end-users interact with to manage every aspect of moving, managing, optimizing and securing their applications on clouds.

“Due to the increasing size and variability of application workloads, businesses around the world have been attracted to the elasticity and resources on-demand that the cloud computing has to offer,” said Gaurav Manglik, co-founder and CEO of CliQr Technologies. “To-date however, many businesses have found these promises too good to be true. Migrating their existing applications has been costly and complex, often involving cloud-specific re-coding, virtualization and, once on the cloud, sub-optimal performance. CliQr’s CloudCenter changes all of that. CliQr makes cloud computing a reality for businesses, enabling them to efficiently on-board any existing application onto and between any clouds. CliQr sets the stage for mainstream cloud adoption.”

What Amazon's Downtime Taught Us