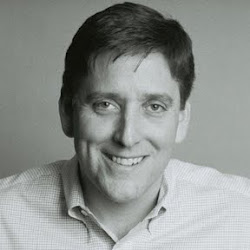 Google’s CIO Ben Fried said the cloud is slowly dictating how small businesses are going to grow and whether or not they can transition to become a big company. Speaking at the Bloomberg Link Enterprise Technology Summit, he said that it is a difficult idea to wrap one’s head around but it doesn’t make it less true.

Fried used to work in the tech group of investment bank Morgan Stanley back in 2006, serving as the managing director of application infrastructure, putting him in direct charge of knowledge worker productivity, software development, and electronic commerce. By 2008, Fried has already left Morgan Stanley in order to join Google, which he admitted as one of the companies that lay in the heart of the disruption of the consumer market and steadily branching out through the business world.

According to Fried, workers back then were already used to simple and free tools like Skype, iTunes, and Flickr for their personal affairs, but soon they also started wanting to employ said cloud-based applications for work. On the other end, CIOs and executives are seeing the benefit and have started to allow employees to experiment with said cloud-based services.

The massive adoption of cloud computing is further boosted by enterprise-focused cloud services such as Amazon’s AWS (Amazon Web Services), which leveraged lower costs and allowed startups and small companies to run their businesses via cloud for a fraction of what it would cost in the past, leading to a flood of high quality apps from a wide variety of vendors, in an industry that used to be the sole domain of large enterprises.

Fast forward to today, and cloud based computing is steamrolling its way to a tipping point that will see the technology as the de facto standard for IT. Fried emphasizes that you can’t fight macroeconomic tides indefinitely, so companies will be forced to adapt whether they want it or not, and we’re very, very close to that point.

Cloud Computing’s economics is more than just lowering costs, as they have the ability to modify the structure of markets and businesses, something that Fried says already happened at Google. For example, Google managed to take costs out of its own business, allowing the company to provide free, ad-supported services to its users.

Chief of the means Google used to achieve such ends is to own many of the elements in its supply chain, allowing them to run the services as cheaply on such a massive scale. Due to this, all the data centers Google uses are owned by the company itself, and has been built and located in order to take full use of the lowest-cost source of power. In fact, they have a datacenter near a fully depreciated hydroelectric dam.

Another effect of the cloud is that it is currently forcing company CIOs to reevaluate their core business, allowing them to choose wisely where they want or need to invest their capital. In their example, Fried states that they’ve already accepted the main difference between a consumer and enterprise product, in the sense that the former isn’t customized. There are no gmail versions specifically tailored for financial services firms, Fried states, meaning that they had to sacrifice a certain amount of control with consumer tech, so that they don’t have to worry about things that are not really that important to the operations, citing the adage “give up a little, get back a lot”.

Fried also left the comment that cloud computing’s ripple effects are far from over, with its next wave enabling the sharing of environment to run applications, whereas the current wave only allows the distribution of said applications via cloud.