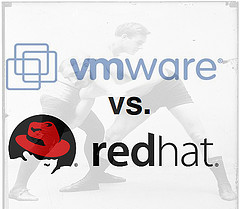 VMware continues to be in a brawl with Red Hat over the cloud control. This originated over a conflict with a former employee, Tim Fox, the former lead apps developer of VMware who left the company last December 2012 to join Red Hat.

The conflict began over the control of an open source project when Fox received a legal instruction to transfer all administrative rights for Vert.x google group, Vert.x github project, Vert.x blog and domain vertx.io to VMware. Fox immediately transferred control to VMware to avoid litigation.

In spite of Vertex.x awarded to VMware where Fox worked on it while he was there, he still planned to work on it in Red Hat.

“For now, I will continue leading the Vert.x community the best I can under these restrictions, but we, as a community, need to consider what this means for the future of Vert.x and what is the best way to take the project forward,” said Fox.

After more than six months, the battle to control the open source on the cloud continues to simmer. Recently, Red Hat offered cloud companies a huge post in Linux in the hopes of giving them an alternative other than what VMware and Windows offer. Red Hat, with its Enterprise Linux (RHEL) partnered with OpenStack to create its new and better cloud platform.

Red Hat is serious on battling VMware over the cloud control as it hopes to create a second generation success with its Linux Enterprise version. The partnership between OpenStack and RHEL (Red Hat Enterprise Linux OpenStack Platform) was announced over the last week’s Red Hat Summit. In addition to this, Red Hat also contracted OpenStack’s Mirantis consulting firm to ensure a seamless implementation of the project.

Red Hat can no longer be referred to as just another open source OS or middleware provider because of its previous cloud records. Among them include its acquisition of KVM hypervisor, Qumranet. This move laid the platform for other cloud players that used KVM, and among them included OpenStack. To add to Red Hat’s success on the public cloud, it continues to provide powering workloads for Rackspace and Amazon when the need arises.

On the private cloud, Red Hat also continues to make a statement; among them is its launch of the OpenShift and the CloudForms. OpenShift is PaaS for developing apps on the cloud and CloudForms is PaaS for managing business workloads. Last April, Red Hat also began offering and distributing the OpenStack code.

Companies that use RHEL are given control over their private cloud as they use the Red Hat platform. In addition, it also offers the Red Hat Storage Server that allows a distributed storage system between the private and the public cloud.

During the summit, Red Hat also announced that its next approach to the private cloud includes, the Red Hat Cloud Infrastructure. It’s a combination of its own virtualization capabilities and ManageIQ’s management abilities. This product will allow user self-provisioning capabilities, workload provisioning and host server provisioning; moving towards an end-user automated and self-service cloud operations.

Photo Credit: Matt Asay and Library of Congress via Flickr

Steve Jobs Steps Down as CEO of Apple