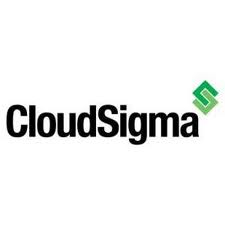 Compute resources and capacity are undergoing a revolution – no longer a specialized good or service, compute is becoming a commodity, able to be traded on an exchange just like wheat, oil and coal. As such, compute resources, including CPU, RAM and storage, could be easily bought and sold on a liquid market, as needed, without bundled limitations from restrictive and costly vendors.

Making this revolution a reality, CloudSigma today announced that it has joined Deutsche Börse to create the first-ever, vendor-neutral cloud marketplace – a trading platform for compute resources.

By creating a liquid market to trade compute and storage on one of the leading financial exchanges, participants can easily buy capacity for ad-hoc needs, while suppliers, including CloudSigma, can sell capacity directly, or trade it among themselves. For example, if an AWS customer wanted capacity in a location where AWS doesn’t have a presence, such as Zurich, the company could easily purchase it from CloudSigma (who does have a location in Zurich) via the trading platform and vice versa.

What You Shouldn't Miss at SXSW – 6 Major Trends

How Cloud Computing is Affecting Everyone