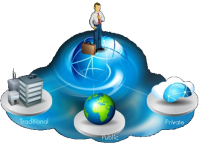 The Top 10 Strategic Technology Trends According to Gartner