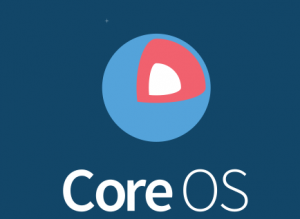 The open source project has evolved considerably over time, starting a series of activities and funding that have led him to be worth more than a billion dollars. However, Docker containers pose different problems in terms of the security model. Critical of the security model proposed by Docker and noting the increasing complexity of the platform containers, CoreOS develops an alternative to this open source technology called Rocket (rkt).

Now, Google, Red Hat, VMware, and Apcera announced their support for Rocket. In a statement, Google said that CoreOS has supported appc by implementing rkt in Kubernetes, its Open Source Container Docker management tool. For its part, Red Hat has appointed an engineer to participate in maintaining appc while VMware announced it would contribute to and deliver rkt in its light Linux distribution, Project Photon. As for Apcera, it announced a further implementation of Rocket, called Kurma.

The runtime container Rocket, answers a number of questions raised by the Linux distributor for Docker. Originally a famous Linux distribution designed especially for the cloud, CoreOS was an early supporter of Docker. But, given the increasing number of problems raised by virtualization technology facing customers, CoreOS started working on its solution.

Originally, the goal of Docker was to offer a simple virtualization container. Primarily, a container can turn over the operating system module. It provides a standardized environment for executing an application and can be easily moved from one server to another. This specification, created on a voluntary basis, determines the format of the image, the runtime and the opening mechanism for container applications.

CoreOS Appc project started in December 2014 when the CoreOS container presented as an alternative Rocket Docker technology. Although CoreOS creates its own operating system, and optimized for use with containers and use the Docker, CoreOS developers were not entirely satisfied with the direction of Docker. Appc basic idea is to create an Open Source specification containers, which should not be tied to any particular vendor or technology.

Rocket works like a simple command-line program, and it only contains the commands needed to run the App Container Image (AIT). The latter can be encrypted and distributed across multiple BitTorrent-type channels, or via a storage service public objects or mirror networks. The rocket itself can be used with CoreOS, but it also works with all Linux distributions. Finally, CoreOS also continue to support Docker.

The next important step for Google, VMware and other supported companies will be the continuation of the work on the standard, which will be able to accept all the companies involved in the project. The nearest landmark appc development will create a stable version 1.0, which can be used in practical implementations.

How Effective are Cloud-Based Anti-Viruses?

How Amazon Web Services is Pioneering the Cloud