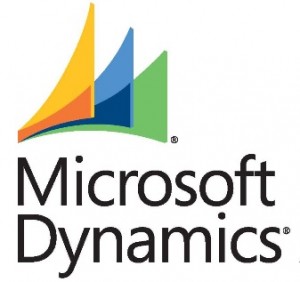 The trend in cloud computing has evolved to include highly dynamic and complex online applications, eBanking on the hybrid cloud and workforce requirements for more portable yet efficient software. In answer to these clamors, Microsoft decided to expand its suite of applications and reinvent their cloud offerings.

To do this, they plan to replace their traditional and conventional software with more cloud-ready infrastructure. It will make them ready to battle with other cloud giants like Oracle and Salesforce.com. One of the moves was announced earlier this month with the launch of the Dynamics software for enterprise resource planning (ERP), which will be made ready for the cloud. This software was created to enhance Microsoft’s CRM products.

The plan is to allow the customers have a guide on how to migrate into the cloud from Microsoft’s conventional software. This will provide a seamless integration of services from the old IT solution to new cloud services found in using tablets and smartphones. The Dynamics software will provide HR (Human Resources) services to procurement tasks.

Microsoft’s series of acquisitions and product announcements is the trend in the software industry, which are all focused on cloud services expansion. In fact, its rival Oracle recently purchased Taleo Corporation to improve its HR management tools used for its customer service products. It is part of Oracle’s big plan for this year on its cloud solution packages. Another company, SAP AG acquired SuccessFactors to also improve its HR software products.

Andrew Bartels of Forrester Research anticipates that the global enterprise market will expand by 7% annually or will record $476 billion revenue by 2013. The immediate concern, however, for cloud players like Microsoft, SAP and Oracle is that cloud-delivered services continue to expand four times faster than the actual market. Another issue is the fact that cloud services can easily be allocated to any mobile workforce, which significantly affects legacy software.

One example is the $18 billion market for CRM that has now been transformed by the latest technology. Forrester says that about 25% of the market is dominated by Salesforce.com latest news on the stock market said that Salesforce.com’s bidding share is at $147.43. It is followed by SAP who took 50% of the share then Oracle at 21% and Microsoft with just 11%.

Oracle bought Siebel Systems in 2005, which they now call Oracle Siebel to leverage their cloud services. William Band of Forrester, however, reported that it is not making any significant progress until now. This is, in spite, of the release of the Oracle CRM On Demand and CRM portfolio, it still cannot be at par with the market share.

Microsoft, on the other hand, generates an annual revenue of about $500 million from its cloud and on-premise offerings, which is just a small 5% revenue compared with that of Salesforce.com. To leverage its products, Microsoft decided to make its products competitively lower than that of Saleforce products.

Many experts would say that there are advantages and disadvantages of Microsoft’s strategy. It is, however, too early to judge it. It would be helpful to understand and consider what the strategy is all about to make an appropriate comment on it.

Microsoft’s plan is to offer Dynamics ERP as a Cloud-delivered Service. The company is taking its strength in this move from their expertise in delivering its Dynamics CRM Online. As part of the strategy and to strengthen their position, Microsoft announced the roadmap to accomplish this plan in their Microsoft Business Solutions Convergence Conference in Houston, Texas. Microsoft said it will create a “multi-platform, multi-device” mobile services support, which means bringing in together the Android OS and Apple iOS on tablets and smartphones.

Microsoft’ strategy is to provide a platform that will run applications on private cloud, on-premise, or on Microsoft’s Azure public cloud. Microsoft vows to accomplish this cloud strategy with the help of their partnerships with GP, NAV and AX.

Judging from Microsoft’s record of commitment in delivering its promises, one can say that they are on their way in fulfilling them. Microsoft keeps in mind that affordability and functionality will leverage this new cloud strategy.

SpiderOak and the Blue Private Cloud

NVIDIA is Taking Gaming to the Cloud