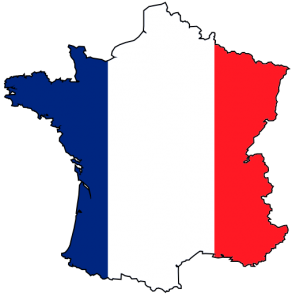 To promote cloud computing development, the French Government has invested its Caisse des Depots, France’s sovereign wealth fund, in 2 competing local cloud providers. Each of the 2 companies, Cloudwatt and Numergy, has a backer from the French IT industry and cellular phone industry. Both cloud providers promise to keep the applications and clients’ data secure in France. This promise is to assuage the fear of most European cloud computing clients that their data can be subjected to the provisions of the Patriot Act if the cloud company will host its servers in the US.

Numergy has recently advanced its service by utilizing its parent companies’ infrastructure. Caisse des Depots, Bull, and SFR own the new cloud computing company. According to Numergy CEO Philippe Tavernier, Numergy will be building 40 more data centers within the next 8 years to add to its 2 existing data centers. It will initially offer its cloud services to French clients but will eventually include other European nations.

Cloudwatt, on the other hand, was also launched recently and is backed by Caisse des Depots, IT defense contractor Thales Group, and France Telecom-Orange. However, the new company hasn’t released any of its products offering yet. No management team has also been assembled but shareholders want former director of CA Technologies, Compaq, Hewlett-Packard Patrick Starck to lead the company as its Chairman.

To differentiate Cloudwatt from Numergy, Cloudwatt has plans of building datacenters in other parts of Europe. This is possible because France Telecom-Orange has networks in Poland, Spain, United Kingdom, and other nations in Europe while SFR is only based in France.

In another development, the European Commission’s panel known as Article 29 Working Party is set to release its recommendations and guidelines to fully address privacy and security concerns on cloud computing. The report, a collaboration between European Union countries, is said to include cloud computing benefits in order to encourage proficiency and innovation. Also, the European Commission is encouraging all parties concerned to create their own guidelines and best practices in order to protect their data stored in the clouds.