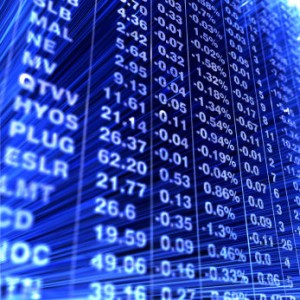 With 30 large public companies collectively representing more than $100 billion in market capitalization and $12.5 billion in estimated 2013 revenue, the cloud computing industry has officially come of age.

The combined value of companies listed on the stock exchange operating in the field of cloud computing now exceeds $100 billion, according to Bessemer Venture Partners (BVP), a valuation higher than the performance of the NASDAQ and S&P.

But this is just the appetizer for what is to come. Amid the software market worth a trillion dollars annually and still many important private companies not listed in the list, $100 billion is only a small portion of the potential value of public cloud companies. It is an indication of how full of expectations is today rated the cloud market from the point of view of economic and financial performance.

BVP Cloud Computing Index tracks the 30 companies to identify top companies in the cloud. Their value ranges from $215 million (Vocus) to $25.5 billion (Salesforce), with an average of about $1 billion. LinkedIn, Salesforce.com, NetSuite, Jive Software, Demandware, Qualys, ServiceNow and Workday and other are included in the top 30 list. The list, however, includes many other more recent entries. These newer companies like Rally Software and Marketo recently completed their IPOs earlier this year. LinkedIn, a company analyzed is valued at $23 billion, just below Salesforce, following the Workday, with a rating of $11.9 billion. ServiceNow has a current value of about $5.9 billion.

The index includes only pure cloud player and vendors operating on a hybrid portfolio of offerings, such as IBM or HP. More than $100 billion invested in the cloud companies are only a small share of what might be the value of the cloud over the next few years, considering that the size of the Software as a Service (SaaS) currently represents only a small share of the total turnover of the software used globally.

The $100 billion milestone is massively significant in terms of relevance to the overall software and tech industry and to Wall Street. But SaaS represents a small fraction of the overall trillion-dollar software market today, so it is still in the early days of this market’s evolution, says the index report.

The M&A markets have also been active, with more than $10 billion of public cloud M&A in just 18 months and over $20 billion in the last two years. Cloud computing still represents only 2% of the total annual software, datacenter, and IT spend of $1.4 trillion, presenting these businesses with continued growth opportunities for the coming years, the index report added.