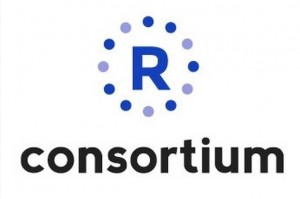 The Linux Foundation announced the formation of R Consortium, with the intention of strengthening technical and user communities around the R language, the open source programming language for statistical data analysis.

The new organization R Consortium became an official project of Linux Foundation and is designed to strengthen R language users.  It is expected that R Consortium will complement the existing fund, and will focus on expanding the user base of R, as well as focus on improving the interaction of users and developers.

The Representatives of the R Foundation and industry representatives are behind the new consortium. Microsoft and RStudio have joined the consortium as platinum members. TIBCO Software is a gold member and Alteryx, Google, HP, Mango Solutions, Ketchum Trading and Oracle have joined as silver members.

R Consortium will complement the work of R Foundation, establishing communication with user groups and engaging in supporting projects – related to the creation and maintenance of R mirror sites, testing, resources for quality control, the financial support and promotion of the language. Also, the consortium will assist in creating support packages for R and organizing other related software projects.

R is a programming language and development environment for scientific calculations and graphics that originated at the University of Auckland (New Zealand). The R language has enjoyed significant growth and now supports more than two million users. A wide grass industries adopted the R language, including biotech, finance, research and high-tech industries. The R language is integrated with frequency analysis, visualization, and reporting applications.

Having acquired the company Revolution Analytics (which makes strong use of language), Microsoft announced that it is joining the consortium together with other founding members such as Google, Oracle, HP, Tibcom, Rstudio, Alteryx to finance the new consortium.

Microsoft’s official said that “the R Consortium will complement the work of the R Foundation, a nonprofit organization that maintains the language, and will focus on user outreach and other projects designed to assist the R user and developer communities. This includes both technical and infrastructure projects such as building and maintaining mirrors for downloading R, testing, QA resources, financial support for the annual useR! Conference and promotion and support of worldwide user groups.”

Google also says they have thousands of users and their own developers using R, so this language is crucial for many of their products. Google is happy to join the rest of companies to continue to maintain the infrastructure of the open source R.

Microsoft’s support of real-time analytics for Apache Hadoop in Azure HDInsight and machine learning in Azure Marketplace use R language to service anomaly detection for preventive maintenance or detection of fraud.