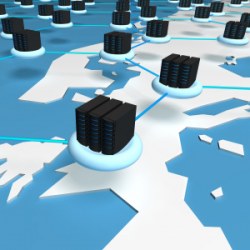 In the recent Usenix “Hot Cloud 2022” workshop held in Portland, Oregon, the hot topics that were discussed included: new approaches in improving cloud schedulers to benefit both the users and the service providers. Researchers debated on its pricing, flexibility and how the definition of cloud compute jobs should be. And although compute jobs is not new to IT, they are faced with the challenge of balancing compute jobs in a single compute joint because this is very vital to cloud computing.

David Maltz, a Microsoft researcher who was one of the organizers of the workshop said, “The physical resources to actually implement a cloud are incredibly expensive, and so, having built it, you want to pack in as much work as possible into that infrastructure. Hence scheduling becomes really important.”

Another thing that the presenters pointed out is the challenge on how to schedule work evenly using the cloud. This came up after Gunho Lee; researcher at the University of California mentioned that users have different requirements and specifications in computer capabilities. Some jobs require memory while others require more CPU performance.

To which Lee and co-author, Randy Katz of the University of California and Byung-Gon Chun of Yahoo Research’s said of this challenge, “we need to track job affinity to determine which type of machine offers the most suitable cost-performance trade-off for a job.”

The researchers on the workshop suggested creating a cloud with dual machines; one for servers to serve as the “core node” and another one for the “acceleration node.” A “cloud driver” is to do the task of assigning the appropriate number of nodes.

Damien Zuffrey, a researcher from the Institute of Science and Technology Austria (IST) developed another technique that will address the issue when a user wants more speed as compared to others who are okay with regular speed. Here he said the users will have to decide between trade-offs of speed and their costs.

A new scheduling prototype was developed by IST, called the Flextic. Here in this process, a user may be able to submit specific data needed, to allow the desired operational features to be modified, such as the amount of data to be processed and the time needed to accomplish that. Zuffrey said, “We want to be able to ask some information about a job we are doing.”

To this and the overall effect of virtual machine movements, Lim said, “In order to have robust and predictable performance, we need migration-aware schedulers.”

What Cloud Service Suits Your Company