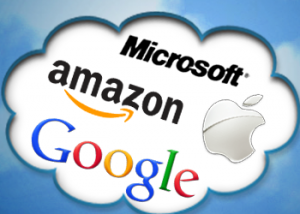 The new technology trend next year will be about strong connections between various electronic gadgets, PC’s and post-PC devices. It will be about the cloud dominion using shared interfaces, wireless communications, cloud-based database storage, which will highlight connections without using cords.

This is what Google mobile apps is all about with the launch of OS X Lion last Tuesday; Apple is further developing the App Store and the iCloud. This is also what Microsoft is aiming with its forthcoming product launch of Windows 8, where the Redmond company is focused on creating a single and consolidated ID from Windows Phone 7, Office Xbox and Skype.

Google mobile apps have strong social networking features; however, everyone must understand that it isn’t anything like just another Twitter or Facebook account. With Google mobile apps it is not just viewing public profiles or just making friends on social network sites, rather it is about creating valid identities across varying cloud based services. Multiple devices like Facebook, Twitter, Amazon, Apple, Google and Microsoft will now have the capability to provide more substantial information like Social Security information, Driver’s license, car keys, passport and credit cards.

According to Edd Dumbill of O’Reilly Radar, this new feature will now have the capacity to provide user identity, sharing information, communication with other users, annotation capabilities and notification alerts. Dumbill said, Google will be “The social backbone of the web,” which is now an important part of the entire technology ecosystem.

Eric Schmidt, Google’s chairman now talks about Facebook as an identity drawer instead of a social network site. This is why Google+ was developed and started over a year ago to be at par with this feature of Facebook.  According to Schmidt, mobile cloud computing is about customization and personalization, communication and identity.

Meanwhile, Facebook continues to get the upper hand on this with heir new identity machines like Spotify for login credentials, Gawker Media for the communication threads, Bing for a more customized search and an integrated contact details management for Windows Phone 7.

Google+ webapps hopes to deliver the same if not exceed its performance in this area through its strong web partners who are all willing to take advantage of Facebook’s millions of accounts. They can also take advantage of Google’s ability to get access from their own mobile applications through Android.

These social network giants continue to battle for the cloud and now not just with their newest product applications, but with their extended users and partners. The faceoff between these rivals was initially seen through their video chat offerings, Facebook acquired Skype, while Google is powered by Hangouts squaring. Microsoft is one perfect example of the link between these two giants. Skype, which happens to be one of Microsoft’s newest partnerships in providing Skype’s voice and video chat facilities, is also pushing partnerships with Google, and Baidu.

Google’s strategy in all these is to have social platforms like Twitter, Linkedin, Tumbler and Quora to defend itself against the solid partnership of Microsoft and Facebook, which is effectively doing the trick of putting pressure on their products.

It was actually their way of getting user’s attention that is captured in their clever ads that says, “What G+ is all about (psst!!! It’s not social).” Google is seriously building and “fixing collaborations and sharing across apps and across platforms,” Vincent Wong of Google said. Other than just the social networking features’ post and updates, Google focuses more on their strengths in Gmail, Documents, Calendar, Web, Reader and Photos. Wong said “That’s almost everything you use on your computer!”

Google’s strong alliances is evidenced by Google+ Apps releasing the iOS app. Here Google plans to share their user’s content to target Twitter and LinkedIn. Here Google+ for iPhone will work like a notification machine that will pull everyone towards their own set of extended circle.

The Definition of the Future eStore

At the rate Google is going on with its business strategies, it is so easy to share pictures, videos and links, but with Google+ mobile apps, it will no longer be impossible to share office documents, news and shopping discounts and maps.

Google will now become the virtual mobile wallet system, when the previous identity system becomes a strong purchasing system. So an example will be, if Silicon Valley were to host a basketball tournament, which is shared on the public cloud, then we will soon be seeing the Final Four that includes Google, Apple with Twitter, Facebook with Microsoft and Amazon.