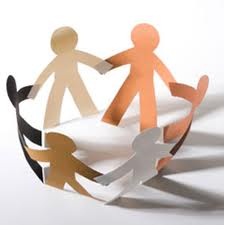 The cloud computing or cloud technology represents a new direction for business. This technology not only allows both SMEs and large companies organize more effectively their work but also the ability to generate employment.

Microsoft released the results of a study commissioned from IDC about the growth prospects of cloud computing in terms of employment. According to research firm IDC, revenues from innovations in cloud will reach $1.1 trillion within next three years and result in organizational and re-deployment of new jobs.

In the survey, IDC analysts believe that the public and private cloud services will create 14 million new jobs worldwide between 2011 and 2015. Out of those, more than half will go to SOHO and SME sectors.

“The cloud is going to have a huge impact on job creation,” says Susan Hauser, Microsoft corporate vice president of the Worldwide Enterprise and Partner Group. “It’s a transformative technology that will drive down costs, spur innovation, and open up new jobs and skillsets across the globe.”

The majority of the jobs related to cloud will be concentrated on three main sectors – communications and media companies (2.4 million), banking (1.4 million) and discrete manufacturing industries (1.3 million).

“Enterprises that embrace cloud computing reduce the amount of IT time and budget devoted to legacy systems and routine upgrades, which then increases the time and budget they have for more innovative project,” said John Gantz, SVP at IDC. “When IT innovation happens, business innovation is reached, which then supports job creation.”

It is also expected that BRIC area – namely Brazil, Russia, India and China, will take most chuck of these jobs rather than Europe, the Middle East, and Asia (EMEA). The size of the available workforce, availability of manufacturing resources and potential for growth are the driving factors for the growth of cloud computing in BRIC regions.

“We tend to think of China and India as emerging markets, but they’re actually early adopters of the cloud. They’re not bound to existing systems. They’ve skipped that step, so there’s less holding them back,” said Gantz.

China and India along will create 3.9 million jobs, 2.8 million jobs are expected in Asia Pacific regions (excluding India and China), over 2 million jobs in EMEA and 1.2 million in the US and Canada.

ICD predicts that companies with fewer than 500 employees will create more jobs in all regions. In addition, small and medium size companies will adopt cloud more quickly than larger firms, due to a number of factors.

Capital constraints make IT services in the cloud more attractive to small business than for large, but also limit investment in private cloud computing services. The concentrations of these small businesses vary across sectors, which will impact the adoption of cloud services.

“For most organizations, cloud computing should be a no-brainer, given its ability to increase IT innovation and flexibility, lower capital costs, and help generate revenues that are multiples of spending,” said Gantz. “A common misperception is cloud computing is a job eliminator, but in truth it will be a job creator – a major one.  And job growth will occur across continents and throughout organizations of all sizes because emerging markets, small cities and small businesses have the same access to cloud benefits as large enterprises or developed nations.”

Finally, the IDC report expects cloud will bring economic stability. As the report stated, the cloud is the No. 1 topic among CIOs from around the world. They want to know how they can use it to fuel growth. And they want to be sure they have the right people and skills in place to make it happen.

How the US Military Can Benefit From Cloud Technology