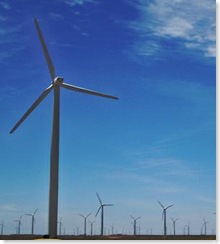 Cloud computing is a $16.5B market and expected to have an annual growth rate of 27% over the next four years even though the rest of the economy is experiencing a downturn. Chief among the reasons why cloud computing is being embraced by business is its ability to reduce energy consumption and cut costs for the company by removing the need for maintaining datacenters and IT shops internally.

However, The Wall Street Journal has recently revealed that the number of datacenters used in cloud farms is expected to triple to 1.35 million within the next four years, which means that even though cloud computing has a way of reducing energy consumption for individual businesses, the overall energy footprint of the industry could become a major cause of climate change.

This is mainly because if the clouds themselves are not optimized or efficient, then the energy needs of numerous businesses would only be moved to the cloud provider and further compounded by the resource and energy management issues of the provider.

Here are some ways businesses and cloud service providers can use in order to ensure that they are taking advantage of cloud computing in the most cost and resource-efficient way possible:

Get Rid of “Ghost Servers”

Ghost servers are datacenters that businesses to store data and applications that they don’t want to store in the cloud, mostly due to security concerns. However, most businesses eventually realize that cloud servers can be secure once they find the right providers, and move said data to the cloud, leaving them with unused servers, which they reposition into development machines, storage servers of low access data, or even dedicated servers for a single high availability application.

The problem with this is that ghost servers usually only take advantage of 15 to 20 percent of their computational capability, yet consume power and emit heat levels that are almost on par with a fully-utilized server. Getting rid of ghost servers not only helps the environment, but actually allows companies to recoup 8 to 10 percent of the resources that were wasted.

When it comes to corporate datacenter or server farms, the expenses alloted for heating and cooling, as well as power consumption and physical floor space can exceed $50 million, while building a newer, modern server farm is much higher. What’s worse is that old data centers that were constructed ten years ago or older are not likely to support high-density computing needs or efficiently power and cool racks that are operating at over 2 kilowatts.

Again, while moving to cloud servers helps the companies save on costs, the problem related to consumption is only transferred to the cloud provider. This means cloud service providers should evaluate areas that will allow increased efficiencies can be realized. Otherwise, it’s only a matter of time before the rising costs take their toll.

Eliminate the “Silo Effect” Between IT and Other Departments

The power bill is usually the single largest part of the data center cost equation, and it will only grow as energy costs rise. The problem is that the energy bill is not under the management of IT, but by the operations department. When a company migrates IT functions to the cloud, the operations department might see limited or no benefits especially if they can still see ghost machines that the IT has abandoned. On the other side of the equation, the operations cannot experience the difficulties that the IT has to contend with when power is limited during routine power allocations, outages, etc. It can be extremely difficult to provide the same level of IT services if computing power is limited. Both departments must learn how to coordinate and work better as an interconnected unit.

A datacenter should be closely monitored in order to assess the servers’ cooling, power, and computing capabilities. It’s easy for large corporations to have underutilized and half empty datacenters that is just bleeding money via energy, floor, and manpower costs. As outlined above, moving to cloud does not necessarily solve this problem, only moves them to a different location.

At the end of the day, while cloud computing does provide benefits in terms of cost and consumption savings, it’s not a true one-stop solution for datacenter problems. The industry still needs to plan properly and keep proper resource and communication management in mind if they really want to enjoy the budget-saving and environment-friendly promises of the cloud.