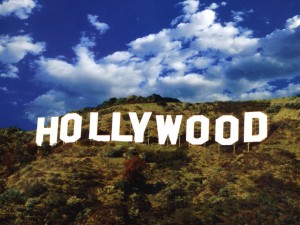 In a very controversial move, Google has recently demoted the search engine result positions of sites that are accused of copyright infringement cases, which garnered praise from the MPAA (Motion Picture Association of America) but earned the ire of many Internet freedom advocates as it raises concerns about fairness and the right of the suspected violators to defend themselves.

It’s common knowledge that Google makes periodic changes to their search engine algorithms in order to provide the most relevant results while preventing unscrupulous webmasters from gaming or cheating their way to the top of the SERPs. In line with this, Google has recently announced that they will be introducing changes that will downgrade the SERPs of sites with large numbers of copyright infringement notices.

The MPAA recently issued a statement saying that they are pleased and approve of Google’s move, and that they hope it will lead to people staying clear of “outlaw enterprises that steal the hard work of creators across the globe.” The MPAA then stated that they will be watching closely and that they look forward to the search engine company taking further steps to ensure that their services would not favor thieves over creators and legitimate businesses.

The RIAA (Recording Industry Association of America) also spoke out in favor of Google’s move, commenting that the algorithm changes will result in licensed content that pay artists getting improved search rankings, and stating that it’s a step they’ve been urging the search engine company to take for a long time.

The recent developments are certainly surprising, especially since Google has long been criticized by Hollywood for their seemingly neutral approach towards copyright infringement, with notable Hollywood exec Ari Emanuel publicly denouncing the search engine company for not filtering copyright infringing content even though they have the technology to do so, citing Google’s ability to filter child pornography out of its results as proof.

Another point of interest is that Google is one of the major IT companies who stood up to the Hollywood-backed SOPA bill that was proposed back in January, voicing their protest by blacking out their logo and informing the users that they can tell the congress not to censor the web. It’s certainly a surprise that Google is now looking to appease groups like the MPAA and RIAA.

According to Search Engine Land’s Danny Sullivan’s theory, Google is now trying to make friends with Hollywood as preparation for their venture into the content distribution industry. Google, however, denies this theory and states that they only got involved in demoting sites that violate copyright laws because of the sheer amount of notices they receive. They reportedly now receive and process more copyright removal notices in a single day than they did in the entirety of 2009.

Not everybody is happy about Google’s recent move. According to digital rights group Public Knowledge, Google’s system can be abused by bad faith artists who want to suppress or ruin the internet presence of their rivals and competitors, easily by sending notices to Google. What’s worse, sites that are targeted will have no way of knowing, much less challenging the notices sent to Google.

In a recent feature about the tech legislation going on in the world, PCWorld emphasized that the Digital Millennium Copyright Act (DMCA), which is the law signed in 1998 responsible for the staggering amount of copyright infringement notices that Google receives, is more conducive to abuse, and is actually being used against consumers, scientists, and legitimate competitors. Google themselves admits to this as they stated back in 2009 that half of the removal notices they received due to the DMCA came from businesses who were unfairly targeting their competitors, and a third of the notices were not even valid copyright claims.

The EFF (Electronic Frontier Foundation) also voices their concern with Google’s recent changes to their search algorithm, citing that the false positives could be a problem, as evidenced by the government frequently targeting sites that have a right to post the alleged infringing material in question. It is the lack of transparency in Google’s process that makes it suspect, since there’s no reason for one to believe that they won’t make the same over-inclusive mistakes that lead to otherwise lawful and relevant content being unceremoniously penalized without any means of challenging the decision.

People are also criticizing the fact that Google products have some sort of exception to the new search engine algorithm, since products that are in YouTube or Blogger have to be visited first and reported through their respective systems’ special takedown forms. They will still show up on top of search results even if they have copyright infringing content.

If you want to get an idea of which sites are most often reported as in violation of copyright laws as well as the organizations reporting them, you can visit Google’s own Transparency Report page here.

5 Ways to Increase Productivity in the Cloud