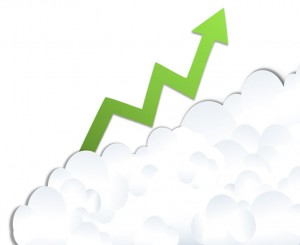 IT decision-makers are expected to increase spending on mobile technology, cloud computing services, and business intelligence and analytics over the next 12 months.

According to the latest CIO Magazine Tech Poll/Tech Priorities survey, almost half, or 48 percent, of 269 top IT decision-makers report that they will increase IT spending over the next year, almost 39 percent expect budgets to remain flat, while 13 percent said to cut IT budget.

The report believes IT managers and buyers should expect a more aggressive investment in mobile, business intelligence, and cloud computing – the top categories for IT growth.

BYOD trend and mobile investment is a popular investment option for CIOs with more than 58 percent reported that mobile investment will increase within the next year. Many enterprises already started putting pilot programs in mobile technology. Nearly 25 percent of the IT leader survey participants said that they are piloting new mobile technology, 20 percent are piloting with tablets, and 19 percent said they are in the beginning phase of using various social media and collaboration tools.

The overall business investment trend continues from traditional software and core technologies development towards edge technologies, including tablets, cloud, mobile, and BI&A. As the number of users and the extent to which they rely on these technologies increases, enterprises must be more diligent about how they manage licenses, anticipate changes in pricing and terms, and negotiate vendor fees and incentives, says the report.

IDC recently predicted that storage as a service, server as a service, platform as a service, software as a service, and application as a service and vertical categories like home consumer/business, public sector, infrastructure services, service industry and distribution services, resources and manufacturing, and financial services market would be the major source of revenues for IT services companies by 2015.