Three Good Reasons for Migrating to the Cloud

While many different cloud benefits have been touted in media over the past few years, there are three essential reasons put forth for why customers should migrate their current applications to a public, private or hybrid cloud environment. The following three benefits highlight the overall key benefits:

Surprisingly though, the main benefit of cloud migration is not cost savings but innovation and agility:

When one comprehends all the services, packages and functionality offered by a cloud provider such as Amazon, with the many options for computing resources, storage, databases, analytics, monitoring, application services and recovery, one may arrive at the conclusion that this has to be the future. How or why would anyone want to run these functions in-house unless it was his or her core business (e.g., Amazon, Google, etc.)?

Migration Challenges for Customers Moving to the Cloud

Customers often are at a deadlock when it comes time to migrate their environments to the cloud. One challenge is lack of experienced resources to perform the actual migration. In-house staff often do not have the highly specialized technical cloud skills or experience to perform these complex migrations.

A simple example might be a sole proprietor running a web site on WordPress. In such a case, it would be a matter of uploading a copy of the WordPress directories to a hosted server and a quick import of some MySQL data.  A WordPress migration represents a simple migration. As we move up the complexity scale from a single website, there is a broad scope of potential candidates for cloud migration. As cloud migration candidates become larger and larger and more and more complex, does the migration itself become too difficult to manage? Is it possible to move major enterprise applications to the cloud?

Let’s address that elephant in the middle of the room: The concern, voiced by IT leaders, is that cloud providers oversimplify their solutions and fail to appreciate both the complexity of their potential customers’ applications and their fears that migration could fail. (Growing pains in the cloud: 300 CIOs express their views about barriers to cloud adoption, NTT Com, May 2013) Despite the seemingly insurmountable obstacles that enterprise cloud migrations present, you would be hard-pressed to find a business reliant on its data systems that did not recognize and desire the tactical benefits of the cloud. Thus, the will to migrate is there.

One large complex enterprise application that can be hosted in the cloud is Oracle E-Business Suite (EBS). EBS can be hosted in Amazon Web Service (AWS). AWS has Oracle and EBS templates available for the software distribution. Oracle impressively offers live EBS migration to AWS.  Even with pre-existing templates and live migration functionality this migration might be considered as too risky an operation for companies whose business depends on these applications. Even if the companies are ready to accept the risk, there still exists the larger issue challenge of how to move a massive enterprise application that is terabytes in size, such as a 30TB Oracle SAP environment, to the cloud.

So, how do you move such an environment from in-house systems into the AWS cloud? Network performance and latency is a key factor to consider. For instance, for many customers, network connections to AWS fail to support a sufficiently fast transfer rate. In such a situation it would be difficult to move to the cloud via online migration. A migration would be even harder for big apps that need multiple copies of TBs of data like QA and development. Running development and QA in the cloud is a perfect case study for the cloud, where the amount of resources required varies depending on the development cycle. If the development cycle has just finished a sprint, then it might require a burst in QA capacity to quickly QA the code.

Solutions for moving to the cloud

The cloud migration concerns that companies have been voicing are

Data virtualization software at its core is a technology that leverages thin cloning along with compression and change tracking.  By tracking the changes to all data blocks on a storage system and sharing any duplicate data blocks between data copies, data virtualization enables copies of data to be made almost instantly because there is no copying of data. A new copy of data is simply a new set of pointers to existing data. Copies of large databases can be made in minutes for almost no storage. Once the virtual copy of data has been made, any changes to that new copy are tracked separately from the original and kept private to the copy. Along with the massive data savings of sharing duplicate blocks, data virtualization incorporates data compression enabling even greater storage savings. Data virtualization is not just about sharing copies of data at specific points in time but also about sharing data anywhere in a time flow. A multi-week time flow of data is created and managed by tracing the data block changes across virtual copies. For example if one copy of a source database is made at the beginning of the week and another copy is made at the end of the week both copies will still share all the duplicate blocks between these two versions of the source data even though the copies are days apart. Typically only a small percent of data changes over time relative to the total size thus copies of data can share the majority of data blocks.

The first point, sharing all duplicate data, is the most impactful point. For example, if there is a source database of 9 TB and 4 copies of it, then migration to the cloud would normally require coping 5 databases at 9 TB each totaling 45 TB. Thus, migrating these 5 databases to the cloud would require copying 45 TB of data. With data virtualization we would instead just move a single copy of the database along with any changes unique to each of the copies, which are generally just a few percent of the total. The total movement would typically be under 10TB.

The second point, compression, further reduces the amount of data. From industry experience common LZ4 compression takes that database data down by a factor of 1/3 or more on average, so that 9TB would only be 3TB. Thus total changes would go down from an original 45TB to only 3TB.

Now 3 TB can still be a lot of data to move into the cloud depending on the network bandwidth. This is where the third point of streaming replication comes into play. With streaming replication, data virtualization can take place on premise and then the data can be replicated to the cloud. Data virtualization software typically integrates replication. This replication is done in a managed manner where transfers can be limited to hours of low usage so as to avoid network congestion. The transfer can run automatically over days. Most importantly, since data virtualization tracks changes, all changes that happen over the transfer period time period, which could be days, can then be transferred and applied at the end of the initial migration.  Once a first full replication is accomplished, all changes that happen on premises can continue to be replicated to the cloud.

Data virtualization software provides an elegant solution to the above challenges for customers who need to quickly, efficiently and cost-effectively migrate to the cloud. 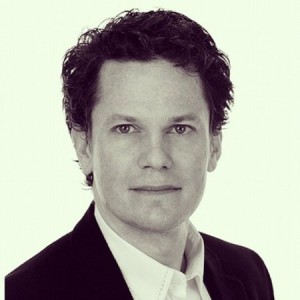 Kyle Hailey is a Technical Evangelist at Delphix. Before Delphix, he designed DB Optimizer at Embarcadero, and worked on a complete redesign of the Oracle Enterprise Manager 10g performance pages. His input shifted the screens away from confusing clutter to simple but powerful graphics based session load and wait bottlenecks, and this design has continued to be the foundation of OEM 11g and 12c. He has a long and distinguished career in the database world, having worked at Oracle, Quest, and Embarcadero as well as other companies in the industry on database performance tuning and optimization. He has designed tools to improve high end performance monitoring such as direct memory attach to bypass SQL and interactive graphic displays of performance data.  He speaks regularly at conferences, teaches classes around the world on database performance tuning, and holds a patent on diagnosing database performance problems: 20060059205

Moving Your Business to the Cloud with NetSuite and Google Apps