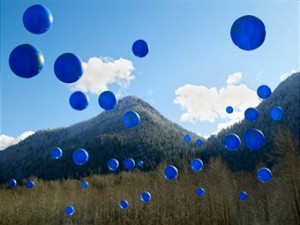 CloudHarmony, one of the first cloud-benchmarking services in the market, is likely to be an important resource for evaluating cloud provider performance. It runs a variety of benchmarks developed by Phoronix.

Jason Read, CloudHarmony founder explained that CloudHarmony is “trying to provide an apples-to-apples comparison of different providers,” but it does not provide an assurance how the application will run on any given provider’s cloud infrastructure. Read added that third-party benchmarks can give direction to what cloud is effective in each unique circumstance, but users must be more attentive in running their own tests.

Doug Willoughby, cloud strategy director for Compuware, phrases it this way, “Your mileage may vary.” Benchmarks places its cloud through its paces using standard applications and configurations, but it faces an array of other variables.


Network is also another important variable. Like in the case of Compuware’s CloudSleuth service, that monitors the latency of a generic retail application hosted on a number of leading clouds. To measure network performance, CloudSleuth performs around 200 different tests, hitting each provider with 3,000 individual tests daily.

Willoughby said that several factors, such as network congestion or packet loss, can cause network traffic below the average baseline. He added what he called a Visualization Tool which gauges providers’ latency to see what’s going on instead of a benchmark service.

Another issue is choosing the uniform instance size and configuration that benchmark each cloud. Getting identical CPUs, storage specs and memory from each cloud provider; and there are clouds that provide higher-performing instances than those being tested.

Price performance is another concern of cloud users. This is one main reason why AWS does not mind when competitors boost their platforms’ outperformance of EC2. As customers recognize EC’s low price and AWS’s rich feature, AWS remains confident that customer’s decision won’t rely on performance alone.

CloudHarmony tested different instance sizes from each provider across several benchmarks in these five categories -CPU performance, memory IO, disk IO, encoding and encryption and Java/Ruby/PHP/Python performance. The significant results are as follows:

Performance will depend on the actual application being run and the overall architecture. AWS is a feature-rich platform that has performed a great deal while supporting more users; Bluelock is a VMware only cloud; Rackspace will change once it completes its OpenStack makeover; OpSource is created for security flexibility and maximum networking; while Storm On Demand is unproven..

Network performance is also an important factor to be considered. During the 30-day period of test application, CloudSleuth’s data shows that Microsoft Windows Azure (U.S. Central) delivers the fastest response time (2.82 seconds). Following in sequence are Rackspace (U.S. East, 3.12 seconds), GoGrid (U.S. East, 3.28 seconds), OpSource (U.S. East, 3.45 seconds) and Google App Engine (3.54 seconds); while AWS ranked 10th with 3.85 seconds. There might not be many differences, but each second is equivalent to money in the Internet.

Compuware’s Willoughby mentioned a study showing that for every two seconds of waiting time results to 8 percent abandonment rate.

Cedexis, through its Radar Service also monitors network performance using different measurements and source locations. It measures response times from more than 1.7 million end-user nodes around the world. IN the period of April 27 to May 25, the result shows AWS’ three Eastern regions leading the pack, followed by Windows Azure and GoGrid in the fourth to sixth spot respectively. Google App Engine lands in the tenth spot.

What Can Be Expected?

The current cloud computing benchmarks and performance measurements can be used as guides; making way for legitimate measures on what users can expect next. More enterprise applications, including some apps from SAP and Oracle, are moving into the cloud. This gives more real-world application benchmarking. Also, a large number of products and services in the market can monitor user’s cloud server performance, ranging from startup cloud services, like ServerDensity, to big-time vendors such as VMware (Hyperic) and CA (Nimsoft).

If companies would release anonymous information or run and share their own analyses, a clearer view of which application types, configurations and clouds delivering the best performances are likely to be seen.

Cloud users do not need to worry when figuring out which cloud is right cloud for their applications. Cloud resources are becoming less expensive and benchmarks and performance measurements can be good starting points. Running test trials on several clouds to determining which cloud is the best does not need much time, money or commitment.