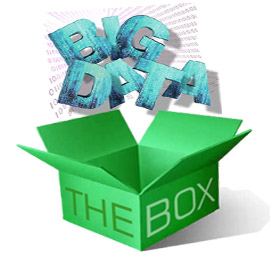 The future evolution of big data to collect and analyze massive sets of information could lead to ground-breaking changes in business, political, and social enterprises, but at the same time could bring potential drawbacks.

A new Pew Internet/Elon University survey of 1,021 Internet experts, observers, research scientists and stakeholders found 53 percent of respondents said that big data would produce an overall positive effect by the year 2020, while 39 percent of survey participants said it would bring a big negative effect to society.

Respondents who agreed to the positive effect of big data said the rise of information will facilitate things like real time forecasting of events, development of inferential software, and the creation of algorithms for advanced correlations that enable new understanding of the world.

“The analysts who expect we will see a mostly positive future say collection and analysis of Big Data will improve our understanding of ourselves and the world,” said researcher Lee Rainie, director of the Pew Research Center’s Internet & American Life Project. “They predict that the continuing development of real-time data analysis and enhanced pattern recognition could bring revolutionary change to personal life, to the business world, and to government.”

For instance, if US health care could use big data creatively and effectively to drive efficiency and quality, it is estimated that the potential value from data in the sector could be more than $300 billion in value every year, two-thirds of which would be in the form of reducing national health care expenditures by about 8 percent. In the private sector, a retailer using big data to the full has the potential to increase its operating margin by more than 60 percent.

In contrast, those who responded negatively said the existence of huge data for analysis will engender false confidence in our predictive power and will lead to more mistakes, and it will be misused by powerful people for personal gain.

“The experts responding to this survey noted that the people controlling the resources to collect, manage, and sort large data sets are generally governments or corporations with their own agendas to meet,” said Janna Anderson, director of Elon’s Imagining the Internet Center and a co-author of the study. “They also say there’s a glut of data and a shortage of human curators with the tools to sort it well, there are too many variables to be considered, the data can be manipulated or misread, and much of it is proprietary and unlikely to be shared.”

Alex Halavais, vice president of the Association of Internet Researchers and author of “Search Engine Society,” said, “The real power of ‘Big Data’ will come depending largely on the degree to which it is held in private hands or openly available. Openly available data, and widespread tools for manipulating it, will create new ways of understanding and governing ourselves as individuals and as societies.”

By 2020 our every movement (or click or emotion) is someone’s business model. We will first build narratives and then a worldview around that. Considering the ability to take vast quantities of data and find meaning in it through pattern-finding and analytics, we will eventually employ these analytics not only in finance, healthcare, marketing and IT, but in what we hear, see and encounter as the world goes by us and through us, says Barry Chudakov, a consultant and visiting research fellow in the McLuhan Program in Culture and Technology at the University of Toronto.

Other participants including Microsoft engineer Christian Huitema and Netflix senior engineer Mark Watson are concerned whether big data’s biggest power would be visible by 2020.

This latest report from Pew Research Center’s Internet & American Life Project talks the big potential of big data, but enterprises are yet to transform big data information into measurable business benefits, as per the latest research report from Oracle.