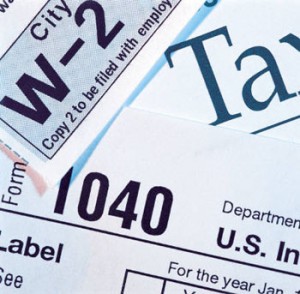 Information technology (IT) has long been an integral part of modern business and many companies face the problem of choosing the most appropriate model of IT management for saving corporate tax.

Cloud Computing has become part of the corporate world. The scope of IT services is growing with the business of the customer. Cost management will have a leading role within the cloud. Many companies are finding that expanding use of cloud computing to abroad not only make it easier to earn more money but also help them to pay lower tax to US government.

The Senate Permanent Subcommittee on Investigations in September last year estimated that more than a dozen U.S. software companies are paying lower tax rates in their most recent fiscal year than the prior year, and nine of those companies are paying more tax to foreign governments than in the U.S., including Autodesk, Salesforce.com and Websense.

By routing its activity through Puerto Rico, where Microsoft operates data center with 177 workers, it saved over $4.5 billion in taxes on goods sold in the U.S. for the three years ending in 2011, the subcommittee reported. VMware conducts the majority of its international business through Ireland due to which its federal tax bill in the past three years have declined despite its revenue rising by 86%.

The rating agency Moody’s Investors Service estimated in July that 22 U.S. companies in the technology sector kept 70% of their cash abroad. Moody’s notes that the companies are reluctant to repatriate these funds, which could be taxed at 35% arriving in the United States.

Ireland has corporate tax rate of 12.5% compared to the U.S. where the rate is 35%, so affiliates can then be billed from the IT company in Ireland, not from the parent company in the U.S. Singapore’s PIC scheme provides tax incentives to businesses to invest a wide range of performance enhancements and innovation. Singaporean businesses, including small and medium-sized enterprises, can now claim to be reimbursed for expenses incurred because of the cloud.

The current tax system strongly discourages corporate America, which might otherwise repatriate a substantial part of their liquidity in the country itself. Since last year, the software giant Microsoft and Cisco, as well as Pfizer, have launched a campaign to claim an exemption in tax that could create 2.9 million jobs in the United States.