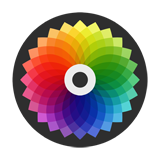 olor was launched amidst much hype – and criticism – at the end of March. Color allows users to make and share photos, videos and commentary, and stores the content in the cloud. This content is considered “public” and instantly shared with anyone also using Color in the user’s immediate vicinity, as well as everyone in his social network.

Although it has been described as “Twitter for photos”, Color is much more than just another social networking tool for your smartphone. For a start, Color eschews “friending” or “following” and users do not need to log in anywhere or manage requests. Indeed, though it needs a name for your profile, the application doesn’t collect any other personal information. Instead it uses data from the user’s phone to identify individual accounts and creates a network of phones, rather than users.

Most notably, Color works differently from existing social networking applications by creating “elastic networks” for each user and using them to determine what he shares and sees. “Elastic networks“ are based both on the user’s location and how often he shares his content with others, or comments on their content. Generally, everyone within 150 feet of the user will see his content and share their content with him. This range can be expanded during special occasions like large concerts, conferences and sporting events, as well as in cases of emergencies like natural disasters. Color’s sophisticated algorithms determine the social part of a user’s “elastic network” by noting the people he hangs out with most regularly. Color also allows users to comment on or “like” other people´s pictures, and the more a user reacts to somebody else´s content or asks Color to “Show More” of that person, the closer their bond to that person is judged to be.

A user’s network is organic. As passing strangers move out of a user’s physical location, the pictures those people have taken will lose colour and disappear from the user’s viewable content. Similarly, if you don´t see a friend or comment on her pictures for a  while, her content will start to lose its colour until she literally fades from your network.

Color encourages a new kind of social interaction by allowing users to communicate with people they never would have otherwise reached out to, such as neighbours, fellow guests at a party, tourists or people at their local supermarket. The idea behind Color is that sharing someone’s photos allows you to find out more about that person, making it easier to approach otherwise virtual strangers and talk to them. As well as enabling people to use pictures as conversation starters, Color ranks photos based on popularity and places the most popular pictures at the top of the “recent posts” page, keeping users up to date with the trends in their immediate area. Color also allows users to view historical pictures taken at their location by people in their network. This means, in theory, that if you were on holiday in France and standing in front of the Eiffel Tower, you could pull up the photos taken by a friend on the same spot 3 years before.

Color received a lot of criticism when it was unveiled. The company had not stressed that the application needed to be used in proximity to other users and many critics, alone and frustrated, found their initial experience to be rather underwhelming. Many also complained that the user interface was not very intuitive. In response to the critique, a product update was released in the first week of April and included an improved interface. The loneliness issue was also partly addressed – it is no longer possible to use Color with no other users nearby. The definition of “nearby” will also be made elastic; instead of only searching within a radius of 150 feet for other users, the range will be adjusted based on the density of the population at the user´s location (i.e. users in rural areas will have larger search ranges than users in cities).

Despite Color´s rocky launch, it has several things going for it. The application has some notable early-adopters, including Tristan Walker of FourSquare and Joshua Williams of Gowalla, and the company was founded by industry experts, including Bill Nguyen, who founded Lala, and D.J. Patil, former chief scientist at LinkedIn. Indeed, the amount of initial funding the company got – $41 million, from high-profile venture capitalists like Sequoia and Bain – has been discussed as much as the application itself. And the application does deserve discussion. Not only does it contain proprietary algorithms which could redefine the concept of social networking, it is packed with cutting-edge technology. Color doesn’t just use GPS to identify your location, but also uses other variables like ambient sound readings from your microphone, light readings from your camera, Bluetooth readings and antenna signal strength. There is also a patent pending on the “Multi-lens” technology which allows users to see and share their content with the people near them.

Color has real earning potential too. If the application can link users to users, it can link users to businesses. For a fee, business users could have access to a self-service web interface which would allow them to view the photo and profile name of any Color users in their establishment, as well as the last time the user was there and any pictures they may have taken there before. This should enable businesses to improve their level of customer service, generating more repeat business and new sales thanks to positive word-of-mouth. Color could also allow businesses to target users for special deals, such as introductory offers from places the user’s friends like to visit. Businesses could even use Color to provide time-sensitive advertising. For example, a café owner could arrange to have pictures of his famous apple pie sent to any Color user who had been chatting in his cafe for over an hour.

Color has big plans. In an interview with Business Insider, company CEO Bill Nguyen talks of a News API that the company is working on which will allow journalists to post pictures of developing stories and add them to a world map. The journalist will then be able to select a larger range on that map and Color will find and link any relevant photos from locations within that range to the reporter´s story, enabling him to share and collect real-time news images. The company owns the domain Color.com and the Twitter account @Color, and there is already talk of potential interest from heavy-hitters Google –  a company which already uses data mining to provide local, mobile and social services – and Android rivals, Apple – if Color can prove that its business model works. Color still has some hurdles to overcome and many more users to acquire before it can begin to validate the faith of its investors, but succeed or fail, Color is one to watch in 2011.

Written by guest author Henrik Larsson a Director of Athena IT Limited. Larsson operates Emoinstaller, an internet property that allows users to install additional Facebook emoticons and Facebook smileys into their Facebook profiles. Over 900 Facebook chat emoticons can be installed at a click of a button with Emoinstaller.