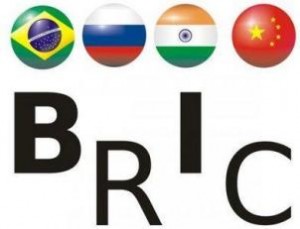 Andrew McAfee is popular for being a supporter of Enterprise 2.0 and Web 2.0 tools in many businesses. McAfee, a researcher at MIT’s Sloan School of Management was recently drawn to Katie Fehrenbacher’s of GigaOM’s statement. This took McAfee to look at companies that plans to have their first venture into cloud computing coined as their “cloud first.” Dubbed as the BRIC (Brazil, Russia, India and China) market, experts have this question, “Can cloud computing make this market to flourish and be in the forefront?” Another issue concerns Europe and North America where business IT is still controlled by legacy systems.

McAfee also sees a promising market in the telephony industry even in Africa. Traditionally, the fixed line telephony worked via cables and wires, which was later on supported with cell phone sites. Millions of Africans had their first exposure to the use of a cell phone via a cheap phone from Nokia, but now these phones are used not just for SMS or calls, but for other innovations for the business.

The advantage of cloud computing for BRIC companies is that most enterprises are still dependent on supplies that are tightly embedded on huge corporate databases. These companies include SAP and Oracle whose systems took several years to develop through their IT experts and trained professionals. Although, these companies can compete using their legacy systems with cloud computing they may , however, not be at par with the new technology requirements.

China and India takes pride of their highly competitive and skilled professionals who are also English-speaking. Other projections from Boston Consulting Group include a 74% higher Internet usage from Brazil by 2015 as compared with that of the US that has only 73%. BRIC markets also have the established technical providers like in Equinox, which continues to deliver services for the Chinese community in Hong Kong. Amazon also plans to open a cloud data center in Brazil, plus other homegrown initiatives from BRIC are continuously being developed.

Industries that require scalability, reliability and agility for the business will be able to leverage with the use of the cloud platform. This is now the trend that Brazil’s Orama and India’s Netmagic have taken in their business solutions.

The government, on the other hand, with the help from private firms ensure that the cloud infrastructure is stable, secure and in place. The IT skills requirements are ready to give BRIC startup companies the boost it needs to emerge in the cloud market. One of the biggest chunks of work in cloud computing is manufacturing, which is now outsourced to China where labor cost is much cheaper than any other country. Is this the trend that knowledge companies are also taking to make their business to flourish?