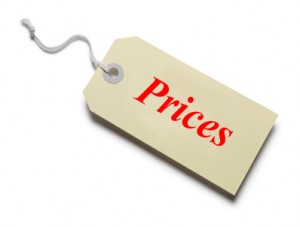 The unsteady economic climate is causing businesses to re-evaluate their on-site IT infrastructures and resources. According to Rise, a hosted services provider, a third of the businesses polled felt that managed services were a more cost-effective alternative. The survey was offered to over 100 businesses in order to gauge their receptiveness to Cloud Computing.

According to the results, we can see that firms are beginning to understand Cloud computing a little better but are unsure as to how to adopt it. More than half of those surveyed admitted to ignorance when it came to migration and also concerns about security of data and that the cloud could handle the complexity of data.

Further results from the survey were:

The director of Rise, Steve Holford, interpreted the results to mean that businesses are being forced to consider the benefits in terms of cost relating to managed services despite their concerns about cloud uptake.

Because of the recent volatility in the economic environment, businesses have been forced to actively seek out savings and Cloud Computing is a strong alternative.

Financially, maintaining a traditional IT infrastructure is a huge commitment and Cloud Computing is one way to rid yourself of on-going upgrades and maintenance expenses.

Steve went on to say that the small cost of migrating to the Cloud can save businesses a lot of money in the long run and, considering the economic environment these days, this simply cannot be ignored. Instead of having to lay out a vast amount of money for extra IT equipment that is only used part of the time, employees are able to access the stored data in the Cloud and the company will only pay for time actually used.

Businesses would also be able to place the focus on their core business activities if they outsource their IT requirements. There is still a great deal of uncertainty but this can be overcome by using a combination of Cloud Computing and traditional data storage for sensitive info.