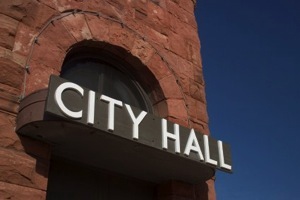 According to a recent IDC research, the segments of the government sector that are least enthusiastic about cloud computing are the local governments, which is ironic at best as they are the ones who stand to benefit the most from a shared-resource model compared to on-premises IT.

Based on the research, which surveyed over 400 IT employees from local, state, and federal governments, it was the local IT guys who were “least optimistic” about cloud computing, with 14.7 percent of the group stating that cloud wasn’t important at all to them. When it comes to federal IT guys, there was only 10.4 percent who responded the same way, while defense department federal IT people had 8 percent, and state IT has the lowest at 7.1 percent who considered cloud as not important.

IDC analyst Shawn McCarthy, who helmed the survey, admits that he was surprised at the finding, especially since they have data that proves the state and local level as the biggest likely growth area for cloud computing.

It is understandable that the federal government will be receptive to cloud, primarily because of their Cloud-First Initiative.

It is understandable that most localities are not too keen on cloud deployment, since it costs money and most localities are definitely suffering from a budgetary pinch. However, what most of them realize is that they’re spending money on something that will save them more money in the long run as well as provide a variety of benefits while streamlining operations.

Local governments are actually the segment that is conducive to cloud based strategies, owing to the fact that most states have similar needs and tasks – such as issuance of licenses, HR systems for their own employees, and other common tasks that can be easily shared via cloud. Basically, the ability to unify a large bulk of IT systems and processes on a cloud infrastructure will save a whole lot of money, and will continue to do so for years.

It’s mostly just lack of understanding that prevents local governments from seeing the cloud’s potential, as local IT people are usually so busy just keeping things on their end running in tip top shape that they fail to do broad strategic planning.

When it comes to localities, it is best to tailor the terms according to their needs. It’s obvious that cities and towns don’t really need a pubic cloud modeled after Amazon’s, but may of them can actually benefit from a different cloud model. In fact, some of them already have private cloud implementations in place. For example, Palo Alto uses NeoGov for hiring and recruitment, as well as Salesforce.com’s Chatter.

Local governments are only seeing the tip of the iceberg with regards to what the cloud can do for them. Thinking for the majority, and getting rid of parochial concerns will allow them to imagine the huge cost savings they will benefit from if all 40 towns in Silicon Valley can consolidate their budgets in order to secure a cloud infrastructure that they will all benefit from.

The UK has already gone ahead and started a test case for a cloud computing strategy for 7 town councils, dubbed Project Athena. It will have Lewisham, Lambeth, Barking and Dagenham, Croydon, Brent, and Havering councils moving their finance, procurement, HR and payroll services to a single shared cloud-delivered platform.

Let’s just hope that the current financial pressure being put on the local government in the country will finally encourage their IT departments to try and consolidate more of their resources and workloads via the cloud.