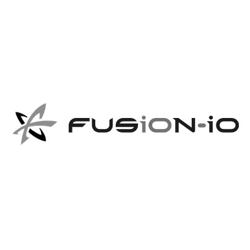 Fusion-io, a world leader in flash-based memory management, introduces a solution for increasing the performance of flash in virtual server environments.  With an update of ioTurbine software, Fusion-io offered up to 40 times increased performance for applications in VM environments, doubling the number of VMs and unloading of SAN solutions.

Compatible with the Fusion-io ioCache hardware, ioTurbine manages to write application data in the cache server. By examining the activity in real time and based on policies set by the IT services business, the software identifies the most critical data and caches, and it moves the data to other storage media capacity. The latest version will also allow companies to use caching at the hypervisor to manage I/O stream to multiple virtual machines.

Just as Fusion-io revolutionized storage by integrating flash in the server to bring performance closer to enterprise applications, enabling virtualization-aware caching is a significant breakthrough in intelligent virtual performance acceleration. As adoption of virtualization is at different stages at different companies, ioTurbine provides users with the option to cache in the guest VM or the hypervisor. Caching at the guest brings performance to the application where it is needed without costly and ineffective storage sprawl. Fusion ioTurbine makes it possible to further streamline the stack with optimized software to accelerate the adoption of flash in virtual environments, while giving customers flexibility and control over their infrastructure, the company says.

Among the features of ioTurbine is now hypervisor cache, virtualization aware caching in VM guest, dynamic allocation of cache memory during live migration of virtual machines in VMware vMotion and the integrated management of cache in virtual and physical environments. This unified approach gives leading deployment flexibility and control to enterprise users requiring high performance cache in the migration to total server virtualization.

Extending ioTurbine to non-virtualized servers, Fusion-io provides a consistent software platform that can be used in all configurations involving a work function cache server. With the ability to manage the cache at each level ioTurbine can allow IT managers to make applications readily available in a virtualized environment.

IDC expects the global volume of the enterprise networking market (which includes software defined networks (SDN)) will reach $42.4 billion, and will reach $50 billion by 2017. A study by cloud storage provider Datacore Software revealed that businesses are willing to virtualize their mission critical applications, but higher storage costs and its integration with higher cost Flash memory and solid state disks (SSDs) discouraging organizations from applying these fast technologies to virtualization workloads that are most latency-sensitive.

Cloud Computing and its Legal Implications