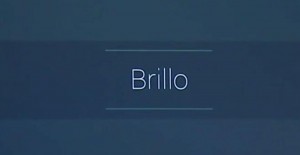 With the acquisition of Nest last year, Google has demonstrated its interest in the field of smart home. At recently concluded Google I/O annual developer conference, the group of Mountain View celebrates a further step forward, talking openly about the Internet of Things.

Born Brillo, a project to connect any device used, not only smartphones, tablets, computers and smartwatch, but also those that are part of everyday life such as home appliances, cars, surveillance systems etc.

Brillo is the ecosystem through which Google intends to play a leading role in the IoT. It is a platform derived from Android, and reduced to essentials to be performed on devices with minimum system requirements, therefore, suitable to be fitted for example in lamps for smart intelligently manage the lighting system of the house. The strength of Brillo is the ability to recognize these devices in an entirely automatic way in smartphones and tablets, as well as simplify the configuration process, making it accessible even to beginners.

It will be able to connect devices of all kinds, through the use of sensors from the extremely low power consumption, enabling them to communicate with each other and enabling users to interact with it such as centralized refrigerators, equipment for monitoring of home, lighting and much more talking to each other.

In addition to home automation, Brillo is also designed for industrial use. Thus, a plant could, for example, use it to connect its sensors and manufacturing equipment.

Google’s another project Weave will be used as the cross-platform protocol, based on JSON (JavaScript Object Notation), through which developers can put in communication between their devices and objects compatible with Brillo, thereby taking advantage of the enormous potential of synchronization of cloud platforms and Mobile application versatility.

As regards the technical specifications, it seems that the software developed by Google can run on devices with a small quantity of RAM, even if only 32 or 64 MB. It supports Wi-Fi connectivity and Bluetooth low energy, does not require particularly powerful processors to run and the Thread protocol used by equipment designed by Nest, a Google property company specializing in intelligent thermal control systems.

Google Brillo IoT is based on a kernel that is derivative of the Android system; naturally it compact the bone to be unified with devices of very small size and devices not too capable on the hardware side. Given the market share of Android and the open source nature, Brillo has the potential to reach the same level as Android. The choice of keeping popular Android mobile OS caters especially to the simplification of procedures developed by device manufacturers.

One thing is sure – one linked to the Internet of Things is a new territory, but which have already staked their eyes for all big technology industries. Microsoft recently announced the arrival of a specially developed IoT version of the Window 10 operating system. Huawei has presented an IoT platform called LiteOS weighing just 10 kB and Samsung has already launched the chip design intended specifically for this sector.

The IoT will come soon in our lives every day without making too much noise with a number of interconnected devices that will grow dramatically in the coming years, and it is obvious that all the big names are getting ready to new market requirements.

Google Drive is Ready to Invade the Space of Dropbox

IT Skills Evolution in the Cloud