Facebook has announced a new way of designing and building data centers from a panel approach, which the company says would save months in the process of building new data centers. This model came to Facebook after building its data center in Altoona Iowa, where Facebook unveiled its new “rapid deployment data center” (RDDC) concept.

Facebook plans to build a second data center in Luleå Sweden. The company has already built a data center in the Swedish site and is now going a second data center next to the existing building location. According to Marco Magarelli, design engineer on Facebook’s data center design team, they took 12 months to build the Altoona project, a time below the average of previous installations. The second data center at its Luleå, Sweden, site will be the first based on the concept of RDDC, a design proposed by the social network that facilitates the construction of works and the type is considered its most efficient method until now.

The idea was presented during the congress of the Open Computer Project (OCP) in January this year. It comes down to deal with the construction of a data center as a standard manufactured product, based on almost prebuilt modules, and not as a building. With this regulation, it is expected to achieve double the speed of installation, along with few other benefits such as reduced material waste and even better mobility. 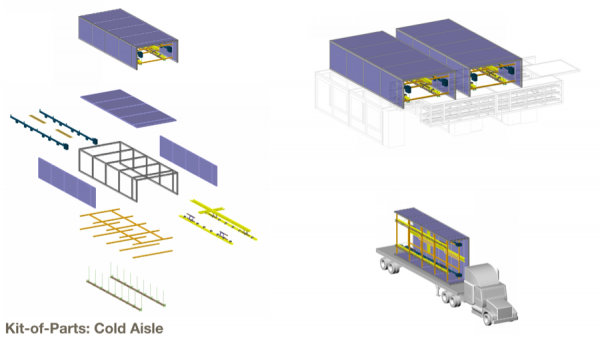 The design is more independent in the region, since parts of the unit are assembled in a controlled environment, and not directly on site. Moreover, also by standardization and ease of deployment, the impact of work reduce on site location. According to Facebook, the RDDC concept will deploy pre-engineered unitized modules that minimize the amount of time required for heavy equipment on site and overall time to complete a data hall. The modules reduce the generation of on-site waste and the impacts associated with the delivery and staging of individual construction materials common to traditional construction techniques.

Moreover, having a predictable and repeatable product delivered to the site allows local teams to easily replicate the quality and fit from one region to another. And by deploying pre-manufactured assemblies, a majority of the components can be used interchangeably. The design method used in data centers of Altoona and Oregon has saved Facebook 38% of the typical data center design, and actually implementing this fast approach, Facebook wanted to shorten construction time as well as further reduce the cost.

At the core of the philosophy of Facebook is the chassis. The idea is to build a standard chassis (in this case a steel frame 12 by 40 feet) and use an assembly line to add components. Components include all infrastructure located above the IT racks in the data center. These components are brackets cabling, busways, the containment panels and lighting. These chassis support all the services that are found overhead above the racks. Unlike containerized solutions, which are a full volumetric approach that includes a floor, this idea focuses solely on the framework that exists above the racks, to avoid shipping the empty space that will eventually be occupied by the racks. 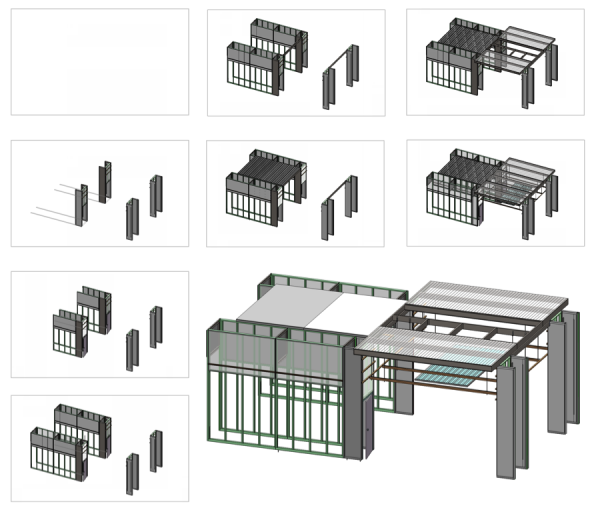 Once a chassis is put together, it is placed on a truck bed sideways and shipped to the data center site. Once at the site, it is placed on top of concrete-mounted posts. Two connected chassis make up a 60ft aisle. A typical data hall will have 52 chassis total, with 13 cold aisles.

The idea of ​​using prefabricated modules to accelerate the construction of data centers has in recent years gained huge popularity. Companies like Google and Microsoft use this approach, and various data centers providers use this design to build facilities for customers.

CloudStore: The Cloud for SMEs

Wyoming is one of the Pioneers in Google Apps